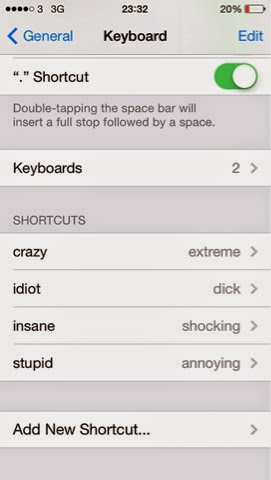 These are the words I have left to get rid of. Who knows what words I will add in the future? If you have a word I use that you think I shouldn't please always let me know. (I will ignore you if I either disagree after contemplation of you are suggesting it to fuck with me.)

10 years ago I would have included sex worker, and more ableist terms.20 years ago gay as a pejorative term and a problematic term for mixed race people. Most of them went more easily than these last 4. Generally I just needed the meaning of the word explained to me. Gay took the longest because of "irony" which is strange as this word and much more homophobic terms were used towards me when I was growing up. But at the time that usage was even more normalised than now. My gay friends used it that way. Words are complicated. That's why you can't ban them. But you can decide not to use them or to change your usage.

Many other problematic words were never part of my vocabulary but they may have been part of yours. You can't change the moment in history you were born into but I guess you can change yourself. I've had some success. Hopefully I'll have more. I'm no supporter of enforced language change but I am in favour of us questioning it's use and consciously evolving our language. Because language matters as anyone who has been repeatedly subjected to slurs will tell you. Words do hurt you. Words have hurt me and I have hurt people with words. Use them advisedly is my advice. If you choose to want to change your words it still takes time and is difficult. I've found this hack really helpful.

It's particularly useful because the time when words hurt people the most is when they come into contact with them. When writing on my phone I am often addressing at least a bunch of people with diverse experiences. I wouldn't want them to feel I thought "intelligence" or mental health are things I would judge them for.

This hack is a development of something @judeinlondon tweeted.

How to rid your tweets of ableist language in two steps pic.twitter.com/hGOq9pOXDD
— Congolesa Rice (@judeinlondon) September 21, 2014

goosefat101
This is a place where my Twitter spills over. It's designed to post thoughts, updates, reviews of films, music, TV, whatever and monthly newsletters which won't fit in to 140 characters! Like my Tweets I write it and then I post it. It's only slightly edited.